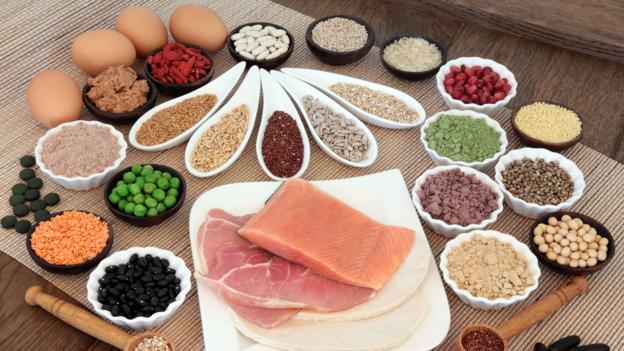 This story is featured in BBC Future’s “Best of 2018” collection. Discover more of our picks.

In the early 20th Century, Arctic explorer Vilhjalmur Stefansson spent a collective five years eating just meat. This meant that his diet consisted of around 80% fat and 20% protein. Twenty years later, he did the same as part of a year-long experiment at the New York City’s Bellevue Hospital in 1928.

Stefansson wanted to disprove those who argued that humans cannot survive if they only eat meat. But unfortunately for him, in both settings he very quickly became ill when he was eating lean meats without any fat. He developed “protein poisoning”, nicknamed “rabbit starvation”. His symptoms disappeared after he lowered his protein intake and he raised his fat intake. In fact, after returning to New York City and to a typical US diet with more normal levels of protein, he reportedly found his health deteriorating and returned to a low-carb, high fat, and high protein diet until his death aged 83.

His early experiments are some of the few recorded cases of high protein intake having extreme adverse effects – but despite soaring sales of protein supplements, many of us are still unsure how much protein we need, how best to consume it, and if too much, or too little, is dangerous.

You might also like:
• The secrets of microwave meals
• Why doesn’t dried meat kill us?
• What causes us to get hangry?

Despite obesity rates doubling over the past two decades, we’re becoming increasingly conscious of what we’re eating. In recent years many of us have swapped white bread for brown and wholemeal bread and full-fat milk for skimmed. Taking centre stage in our health kick is protein, with protein balls, bars and enhanced protein versions of staple products, from cereals to soup, dominating supermarket shelves. And with the global protein supplements market valued at $12.4bn (£9.2bn) in 2016, it’s clear we’re buying into the idea that we need as much protein as possible.

But some experts now argue that foods with inflated protein (and prices) are a waste of money.

Protein is essential for the body to grow and repair. Protein-rich food such as dairy, meat, eggs, fish and beans are broken down into amino acids in the stomach and absorbed in the small intestine, then the liver sorts out which amino acids the body needs. The rest is flushed out in our urine.

Adults who aren’t especially active are advised to eat roughly 0.75g of protein per day for each kilogram they weigh. On average, this is 55g for men and 45g for women – or two palm-sized portions of meat, fish, tofu, nuts or pulses.

Not getting enough protein can lead to hair loss, skin breakouts and weight loss as muscle mass decreases. But these side effects are very rare, and largely only occur in those with eating disorders.

Despite that, most of us have long associated protein with building muscle. This is accurate. Strength-based exercise causes a breakdown of protein in the muscle. For muscles to grow stronger, the proteins need to rebuild. A type of amino acid called leucine plays a particularly big part in triggering protein synthesis.

Some experts even argue that not consuming protein post-workout could cause the breakdown of muscle to be higher than the synthesis – meaning there’s no net gain in muscle mass. Supplement brands advise drinking protein shakes after a workout to help the growth and repair of muscle tissue, usually in the form of leucine-rich whey protein, a by-product of making cheese.

Many consumers agree. Research company Mintel’s 2017 Report found that 27% of Brits use sport nutrition products such as protein bars and shakes. This figure rises to 39% for those who exercise more than once a week. But more than half of the individuals who use the products (63%) find it difficult to tell whether they’re having any effect.

Indeed, research on the muscle-building power of protein supplements is varied. A 2014 analysis of 36 papers found that protein supplements have no impact on lean mass and muscle strength during the first few weeks of resistance training in untrained individuals.

Over time and if the training becomes harder, supplements can promote muscle growth. However, the paper also concludes that these changes have not been proven over the long term. A 2012 review paper further says that protein “increases physical performance, training recovery and lean body mass”… but for the benefit to be optimal, it should be in combination with a fast-acting carbohydrate.

But even if athletes and gym goers may benefit from a post-workout protein boost, that doesn’t mean they should reach for the supplements and smoothies. Most people get more than their daily recommended allowance from food, says Kevin Tipton, a sport professor of the University of Stirling. “There’s no need for anyone to have supplements. They’re a convenient way to get protein, but there’s nothing in supplements you can’t get in food. Protein bars are really just candy bars with a bit of extra protein.”

Tipton adds that even among bodybuilders, products like whey protein aren’t as critical as they are hyped up to be. “There’s too much focus on which supplements to take, as opposed to getting in the gym and working harder. There are so many other variables, such as sleep, stress and diet,” he says.

We need to maintain our muscle mass as we age, because we become less active and frail

Most experts agree with Tipton that protein is best consumed in food instead of supplements. But there are some exceptions, such as athletes who find it difficult to hit their daily protein targets, points out Graeme Close, professor of human physiology at Liverpool John Moores University. “I believe most need more than the recommended daily allowance, and there’s good evidence to support this,” he says. In this case, he says, a shake can be useful.

Another demographic who can benefit from extra protein? The elderly. That’s because as we age, we need more protein to retain muscle mass. But we also tend to eat less protein as we get older because our taste-buds begin to prefer sweet over savoury.

Emma Stevenson, professor of sport and exercise science at Newcastle University, is working with food companies to get more protein into snacks that the elderly  are known to regularly buy, such as biscuits. “We need to maintain our muscle mass as we age, because we become less active and frail,” she says.

Close says the elderly should increase protein intake to around 1.2g per kg body weight.

Fortunately, it’s difficult to have too much protein. While we do have an upper limit of protein intake, it’s “virtually impossible” to reach, says Tipton. “There are concerns among some dieticians that a high protein diet can hurt the kidneys and bones, but evidence in otherwise healthy people is minimal. It is possible there could be a problem if someone with an underlying kidney [issue] eats high amounts of protein, but the odds of any adverse effects are very low.”

If you’re trying to lose weight, it’s more important to have a high-protein breakfast

But while protein itself isn’t harmful, many protein supplements are high in carbohydrates called FODMAPs that trigger digestive symptoms like bloating, gas and stomach pain. Stevenson advises reading labels carefully on supplements, bars and balls. “Often, they’re very high in calories and contain huge amounts of carbs, often in form of sugar. You shouldn’t necessarily think that because it says it’s high protein that its healthy,” she says.

Protein has long been linked to weight loss, with low-carb, high-protein diets such as Paleo and Atkins promising to prolong the feeling of fullness. People fail to lose weight often because they feel hungry, and MRI studies have shown that a high-protein breakfast can help stop cravings later in the day.

There is sufficient evidence that protein is satiating, says Alex Johnstone of the University of Aberdeen. If you’re trying to lose weight, it’s therefore more important to have a high-protein breakfast, such as beans on toast or a dairy smoothie, rather than to have supplements.

But she doesn’t advocate “Atkins-type” diets and has found that cutting out carbohydrates has adverse affects on gut health (and we now know that maintaining a healthy gut is crucial to many aspects of our health and well-being).

But, of course, upping protein intake alone won’t help you lose weight. Choosing lean meat such as chicken or fish is key. Studies also show that eating large amounts of animal protein is linked to weight gain and red meat in particular is linked to an increased risk of cancer as well as heart disease.

Consuming more protein than need is wasteful in terms of money, and it’s paid down the toilet

There are, though, healthy proteins which are not meat, such as mycoprotein, which is derived from fungi. Quorn, for example, contains this type of protein, and is high in fibre too.

Researchers now are looking into how this unique composition (of both protein and fibre) can affect satiety and insulin levels, which are linked to type two diabetes. One team compared a mycoprotein diet to a chicken diet and found that the insulin levels in those who ate quorn achieved the same sugar control, but needed less insulin to be produced by the pancreas.

The risk of consuming too much protein is small, but the bigger risk might just be falling for overpriced products offering us more protein than we need. “Some products labelled as high protein aren’t, and they’re quite expensive. Anyway, consuming more protein than need is wasteful in terms of money, and it’s paid down the toilet,” says Johnstone.

If you liked this story, sign up for the weekly bbc.com features newsletter, called “If You Only Read 6 Things This Week”. A handpicked selection of stories from BBC Future, Earth, Culture, Capital, and Travel, delivered to your inbox every Friday.