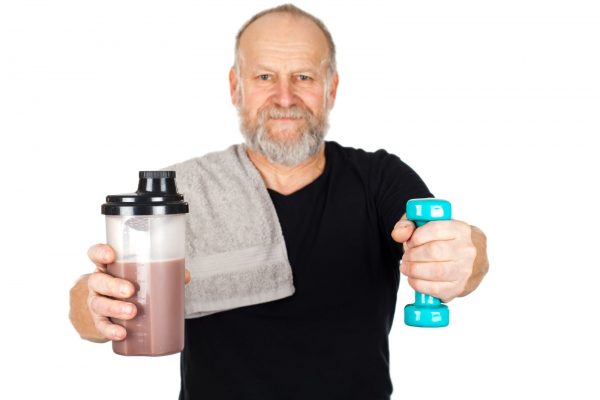 Can higher protein intake build more muscle in older men? Not according to a study in the April 2018 JAMA Internal Medicine.

The researchers randomized 92 men, average age 73, into four groups. One group followed a daily diet containing 0.8 grams (g) of protein per kilogram (kg) of body weight, the daily Recommended Dietary Allowance (RDA) for all adults, and a weekly placebo injection; another consumed 1.3 g/kg and the placebo injection; a third consumed the 0.8-g/kg diet, but also received a weekly 100-mg injection of testosterone, and the fourth group ate a 1.3-g/kg diet and got a weekly testosterone injection. (The testosterone was included to see if higher protein increased the hormone’s muscle-growing effect.)

After six months, the researchers found the higher-protein diet made no significant difference in lean body mass, muscle performance, or physical function as measured by exercises like chest presses, six-minute walking distances, and stair-climbing power. The researchers noted the findings don’t exclude a potential role for slightly higher protein intake for some men, but that the RDA is not one-size-fits-all, and may need to be re-evaluated based on age and sex.